Australian poet Robert Adamson’s work is nowhere near as well recognized in America as it deserves to be. The author of twenty books, beginning with 1970’s Canticles on the Skin, and including most recently The Goldfinches of Baghdad, The Kingfisher’s Soul, and Reading the River: Selected Poems, he has also won every literary award his country can bestow on a poet, among them the Christopher Brennan Prize for lifetime achievement, the Patrick White Award, and The Age Book of the Year Award for The Goldfinches of Baghdad (also published by Flood). 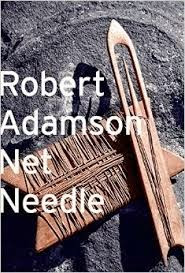 Adamson came up the hard way, through a school of brute knocks, spending many of his teenage years incarcerated (as related in his powerful memoir Inside Out). It was in Long Bay Penitentiary he first discovered the works of Shelley and fomented the audacious desire to become a poet. Later, he found Donald Allen’s The New American Poetry and in time became friends with both Robert Duncan and Robert Creeley (his poem to the latter, “Inside Robert Creeley’s Collected Poems,” from The Kingfisher’s Soul, is essential reading). This led to both poets traveling to Australia for memorable events. Duncan’s visit inspired an entire chapter, “Eros,” in J.M. Coetzee’s novel Elizabeth Costello.

These singular acts of generosity mark Adamson’s own work as well. His poems sustain themselves on a remarkable wavelength of deep receptivity to what Duncan called “the ability to respond.” For over 40 years now, Adamson has been writing incredibly supple lyrics whose investments in the romantic imagination are perfectly balanced by the precision of his investigative focus on both the inner world of memory and desire and the outer realm’s thrilling ornithological kaleidoscope.

Net Needle, his newest book, is a work of extraordinary vibrancy. A mixture of autobiographical recollections from Adamson’s youth – moments from prison, learning the craft of net making from the local fishermen – along with powerful “versions” of celebrated European masters like Trakl, Reverdy, and Rimbaud, and a continuation of his life-long attentions to the fantastic birds of Australia, these poems hum with a precise music. I don’t think I’ve read another poet so intimately attuned to the ways of the avian. There’s absolutely nothing sentimental in these highly detailed accounts of birds, no reducing them to symbols of human ambition and failure. They live their own enigmatic lives in Net Needle, as in “Harsh Song”:

Afternoon’s
pulse,
a feathery
sussuration –
half song,
soft
leather
ratchet, or
breath
forced
through
a snake’s
throat
across
the roof
of its
raked
mouth –
whispered
sounds,
a smoker’s
thick
exhalation –
bowerbirds
in the grapevine.


The delicacy here, the astonishing discretion, owes something to William Carlos Williams, perhaps, but is entirely its own, fully realized and miraculous. Because discretion lies at the heart of witnessing, as the poet knows. And in Adamson’s poems, nature’s mysteries are never forced into the open, never uncovered by a pile-on of qualifiers; rather, they come into being through a form of intense attention. To enter into, rather than unmask, the flight of the kingfisher, or the kookaburra catching snakes, is the poem’s desire. These acts of poetic restoration occur on a small scale, but generate an enormous and enlivening eco-poetic charge, one that places Adamson squarely in the company of John Clare, Lorine Niedecker, and W.S. Graham. 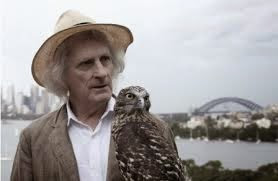 Adamson is never vatic, though. His concentrated gaze condenses from myriad details an uncanny and beautifully faithful image of how all these things vibrate and flow. Not mere images then, but the procession itself, these poems offer a marvelous lightness and ease of perception. They seem to float alongside as well as within their subjects, joining language to vision.

Net Needle weaves together a luminous directness with a hard won simplicity. It gives us the very grain of the English language, its exacting measures, its eschewal of adornment, its rhythm that is also a way of seeing, as Zukofsky knew. For longtime readers of Adamson’s work, the re-lineation of “The Kingfisher’s Soul” will delight and move. The poem has opened out. Can a kingfisher have a soul? Or rather, is the soul a kind of kingfisher, diving fiercely above the river, a missile of incarnate desire, a ravenous muscle that drives bright plumage into flight, into love?


Than anything real. Now I feel a small fluttering
Bird in my own pulse, a connection to the sky.
Back then a part of me was only half alive:


The poems in Net Needle are so fully alive they fly off the page. And some of them, like “Net Maker” and “Spinoza,” are as perfect as any I have ever read. What is a “net needle’? Simply a device for repairing a fishing net.


they wove everything they knew
into the mesh, along with the love they had,

Whether loved or lost, the net re-gathers it, without judgment. The net is woven to sift everything and cherish it.

Posted by Patrick Pritchett at 2:50 PM No comments: