My review of Michael Palmer's Thread can now be read at at Jacket 2. Many thanks to Michelle Taransky for doing such a beautiful job with it.

Posted by Patrick Pritchett at 3:27 PM No comments:

Scott Wannberg was the first poet I ever knew. We met in a dorm room in Mary Ward Hall on the San Francisco State campus, both of us high, no doubt, and giddy with the energy of having appointed ourselves young acolytes of the Word. It was the fall of 1975. Though I was only a freshman and he was in the MFA program studying with Stan Rice, he treated me like an equal. I knew almost nothing about poetry. My idea of it was pretty much confined to the whimsicalities of e.e. cummings. It’s safe to say that meeting Scott changed my life, dramatically.

It’s rare, I think, when one can point to a single event, a instant that defines one for good. When Scott stood up – he was an imposing figure: tall, fleshy, stoop-shouldered, with a shaggy mop of hair, sweating no matter what the temperature was – and began declaiming in his soft, rapid, slightly monotone but urgent cadence, the libretto to Pound’s “Canto LXXXI,” some basic code mutated at the root level. It’s no exaggeration to say that nearly everything I’ve done since has proceeded out of that moment. 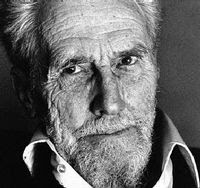 I had no idea, of course, what any of it meant. Who Waller and Dowland were I would soon discover, combing through the library, while ABC of Reading propounded Pound’s argument that after Chaucer English poetry had drifted into a doldrums that only Golding's translations of Ovid finally rescued it from. (This kind of heretical counter-canon making was head-spinning stuff for the uninitiated). I didn’t even recognize that Pound’s deliberate archaisms were archaic. Which plagued my earliest efforts at poetry, a fact Kathleen Fraser kindly drew attention to in her workshop. But it was the music that drew me in, its huge sweeping tides washing over me.

Pound was not the only poet Scott introduced me to. Williams, Eliot, and Dylan Thomas, were part of the cascade. Each searing, each pivotal, in revealing the possibilities of poetry. But it was Scott’s boundless joy in them, his sensitive, passionate reading and engagement with them, and his own example of wildly fecund permission, of letting words fly where they may, that blew the doors off the hinges for me. Not that anything I wrote then was remotely good. It was only a beginning.

Each week, like a pied-piper of bohemian culture, Scott led a small merry band of us to the art houses in the city to see Fellini, Bergman, Truffaut, Carne, or Kubrick’s anesthetized epic, Barry Lyndon. Along the way, he was a non-stop compendium of high-low cultural citationality. Strother Martin was as important a figure to him as Pound or Williams. (I regret we never saw The Wild Bunch together; it wasn't until years later I finally viewed it). Being with Scott was expansive, blistering, tornadic, and finally, exhausting. Yet, in the middle of the whirlwind was an incredible kindness and a compassion for the least, the lowly and the suffering.

After that heady year, Scott returned to LA and Venice. We lost touch and I didn’t see him again till the early 90s when I ran across him at the legendary Dutton’s Books in Brentwood. (Ironically, I’d worked at its sister store on Laurel Canyon, run by Dave Dutton, a few years earlier without ever getting wind of this). By that time I was working in the movie business and had begun shifting from the poetry of Charles Wright and Mark Strand to Susan Howe and Michael Palmer. Scott, it seemed to me, had stayed true to his neo-beat origins, continuing to mine that vein even more deeply. It was entertaining, energetic work, long on comic schtick and short on the more lyrical and cerebral qualities I’d come to prize. After all those years we had little to say to one another, but it made me happy to see him spinning dervish-like in the flux of citational associations. He was still a galvanic spirit, ebullient and enfevered for the life of the Word. 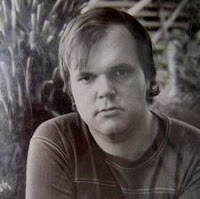 Posted by Patrick Pritchett at 6:35 AM No comments:

Note: here are the first three paragraphs of my 4000 word review-essay of Palmer's newest book, Thread. The entire piece will appear sometime in September or October at Jacket 2's website. Thanks to Julia Bloch, Michelle Taransky, Al Filreis, and everyone who is part of the new J2 team for making it happen.

Against Elegy: Michael Palmer’s Book of the Dead

“Thread—Stanzas in Counterlight” is Michael Palmer’s Book of the Dead. The title series of his 9th full-length collection, these eighteen interlinked poems are not elegies in the traditional sense. Neither songs of lament, nor, strictly speaking, commemorations for the departed, they reconfigure the genre. In these extraordinary poems, among the most moving and powerful of his career, the dead appear as companions on the way, intimately joined to the enterprise of living. “Thread” transforms elegy into crystalline paleography – a writing before writing that is also beyond it. Here, the customary polarity between innocence and experience is reversed. Innocence is not what is lost; it can only be gained. It does not precede experience, but is produced by it. For innocence is not a category of purity outside the travails of experience, but a condition that is achieved only by passing through the sorrows of an arduous contingency. The poems in Thread amply testify to this. In “Transit,” for instance, the sight of Creeley’s final book, On Earth, spurs a mournful, yet consoling, recognition.

to the old
echoes again,
swallowed songs,
tongues of cloud and wind.

The delicious image of a “swallowed song” rides on a cascade of vowels. The old echoes go with us, through us, speak out of us, again. So many of these poems feel like fragments of an overheard conversation. Nearly every one of them trails a ghostly double, beckoning us, in their uncanny incompleteness, to listen for further, unheard melodies. In “Fragment After Dante,” the first of a three-part series, the poet finds himself stranded in the realm of shadows: “And I saw myself in the afterlife of rivers and fields/among the wandering souls and light-flecked paths” (34). Amid the suffering of the dead, the greatest torment is to hear them speak, “chatting about nothing,” yet failing to understand them. The second Dante fragment resonates with muted pain.

And she clasped my arm and said,
You, my son, who have lingered

too long among the dead, go
and return to the lighted shore

for those brief moments you have left (35).

In a haunting image, the speaker’s face transforms “from old to young” as she vanishes. Memory’s dream of what-was mingles promiscuously with its hope for the Not-Yet. Throughout, Thread generously acknowledges that its every word is merely on loan from “the thief’s journal,” Palmer’s phrase, by way of Genet, for the floating para-text of unowned language. This is elegy against elegy: not a quixotic defiance of mortality, but a deepening awareness of it; a way to write into and out of finitude.

Thinking of the dead this way enables Palmer to do away with appeals to the cult of the personal and its fetish for the unique. “The dead” in these poems name an experience in which loss is only another form of continuity. They are always near and yet irreparably distant. In this way, the poem occupies a Rilkean angelic topos: it circulates freely between the living and the dead without making any distinctions between them. To speak the dead this way is to place them in an order of belonging beyond sentimental coercion. They remain strange and vivid; sheltered within memory, but also outside it; irrefragably singular.

“Thread” inhabits the melancholy landscape familiar to Palmer’s readers, a place where language ratifies itself by signifying its own failure. Written under the agonizing sign of Saturn’s slowness, they are harrowing in their humility and directness. Simplicity here is neither a reduction nor a retreat, but the earned complexity of a late style in a late hour. To call “Threads” a tour de force would only defame it. These “threads” are addresses, colloquies, homages – unanswered questions that concentrate Palmer’s concerns for his art as a site for making counter-meanings, those micro-resistances that push back against the crushing sense of moral fatigue born of loss, suffering, and slaughter.

Posted by Patrick Pritchett at 1:56 PM No comments:

Poetry in Time of War

Note: this was originally written for a reading at Left Hand Books in Boulder, in March 2003, after the US invasion of Iraq.

“I have something incomprehensible to say, like birdsong during war.”
— Odysseas Elytis 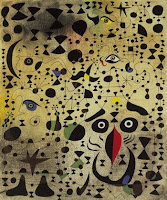 People are fond of asking “How relevant is poetry in times of war?” As if war were somehow so radically different from other times of crisis when we naturally turn to poetry. Or as if poetry could only exist in some rare, hothouse environment that dissipates on contact with the so-called “real world.” As if the first great poem of the West wasn’t The Iliad.

The fact remains, however: poetry is never relevant. It is never relevant because whatever is relevant can be quickly made irrelevant. Poetry has not persisted on the basis of its relevancy, but rather, because it aims at the impossible task of saying itself outside of utilitarian ideology. The task it performs, if it performs anything, is an essentially utopian one. It takes place in a “nowhere” – a space that contests ideological inscription – and thereby affirms a scale of values in which Eros will always supersede history. That is why the best argument, indeed the only argument, that poets can make on behalf of poetry and against injustice is to continue to write poems, to continue to find a way to utter Dasein, as Heidegger might put it, in the time of the world’s night. A lyric on birdsong is every bit as powerful as Akhmatova’s “Requiem.”

This is not to say that the overtly “political” poem of protest or witnessing is somehow no longer needed. On the contrary, such poems of denunciation belong to an ancient tradition of articulating a committed disavowal of power and its machinations. The protest poem is simply a more pointed example of what poetry in general does: it opens up the possibility for a discourse of resistance; it permits us to speak out against the tyrannical on behalf of the human.

To say that poetry is not useful in a time of war, or at any time for that matter, is to say that language itself has no use. It is to measure the earth with a very mean scale and to judge human beings with all the nicety of the slaughterhouse. No matter how deranged the condition we afflict on one another, poetry will always be capable of forming a response. Because the poem is not a passive artifact for entombing bourgeois sentiment, but a prosthetic device for extending the range of the human, enabling it to tap into and register a wider dimension of experience and feeling than we are capable of unaided.

When language is treated as nothing but a tool for point-to-point communication, then words become instruments of domination. But when language unfolds the complex constellation of relationships that joins each of us to something greater than ourselves, then poetry may act as an ethical force that expands the possibilities for what we can say –that grows the limits of the real.

What can we say in a time when the abuse of power has become the status quo? Never enough — we can never say enough. And that is why we are compelled to keep saying it. That is why we enter language with humility – so that the poem might say something dangerous, something unsettling, something radically other.

Posted by Patrick Pritchett at 7:23 AM No comments: